Radiomaster TX16S is probably one of the two most awaited for radios in 2020. The second one is the Jumper T18, but let's not talk about it now. There will be time later to compare Radiomaster TX16S with Jumper T18. Let's take a look at this hot radio and see what changed, why it looks like black T16, and is it worth the money they ask for it. 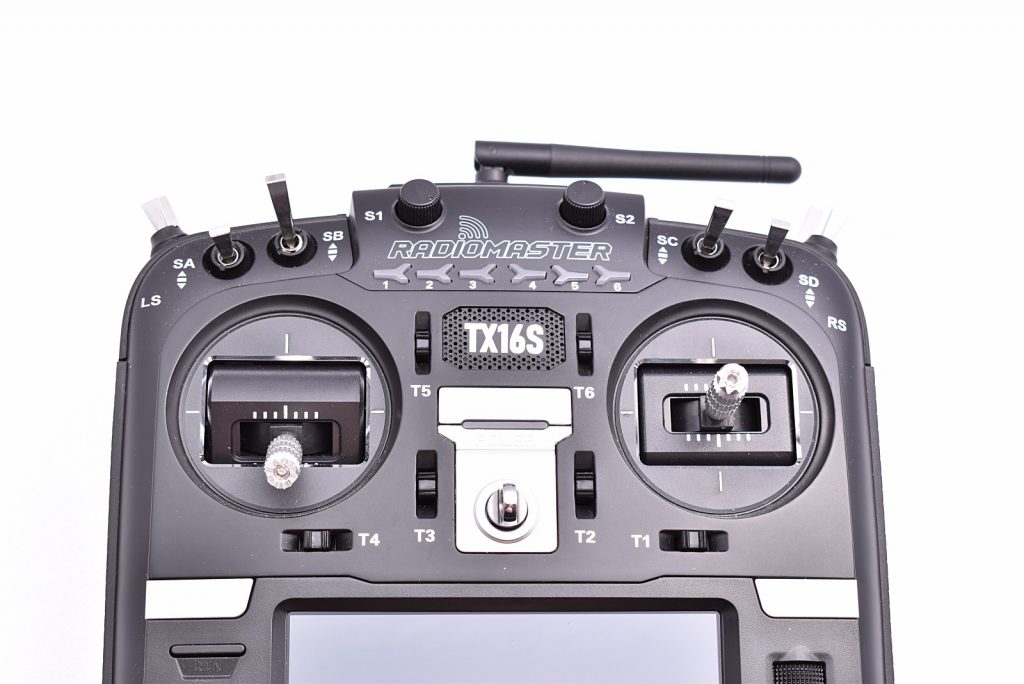 Let's begin with similarities to T16. It's not a coincidence that both radios look exactly the same. Apparently one of the partners/shareholders/investors in Jumper had a disagreement with the other and as a result, both parties went their own ways. From what I know, the technology pack was shared between both of them and both companies have the same rights to the technical aspects of the T16. As a result, Jumpers keeps making T16 (and soon T18) while Radiomaster makes TX16S. 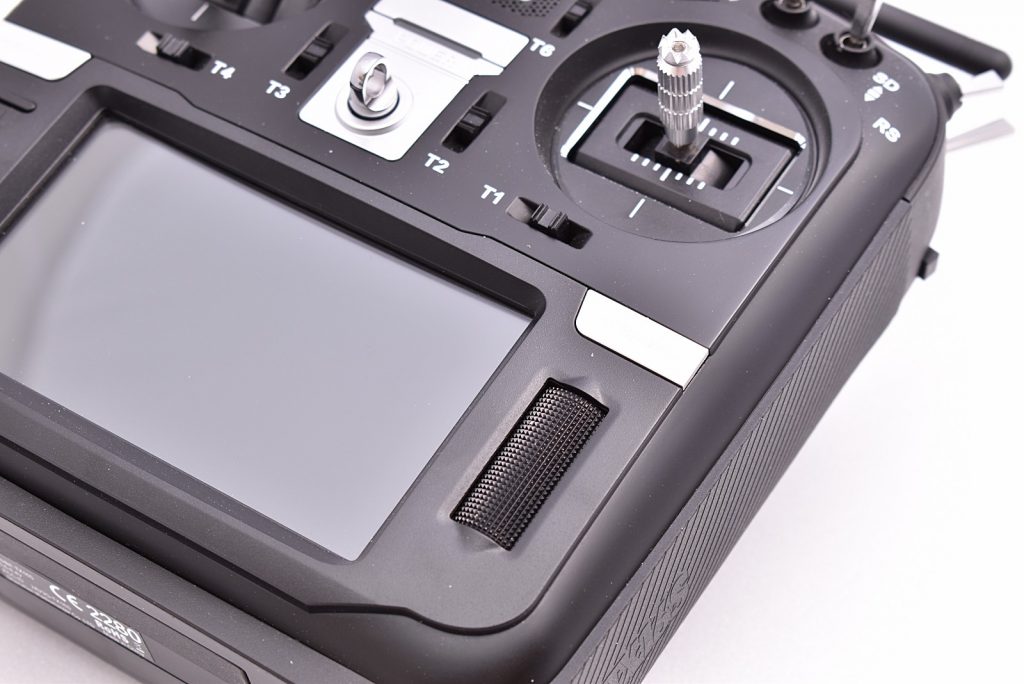 On the other hand, you have to understand, that TX16S is not T16 with a different color. Both radios are very similar on the outside, but one is not the clone of the other. Yes, both have 2 gimbals, 2 pots, 2 sliders, 8 switches, and color LCD. Yes, both look very similar, but there are differences inside.

Radiomaster TX16S: has a touch screen that will be supported in future OpenTX releases has different hall effect gimbals has a bigger battery compartment comes with USB-C port (actually, 2 USB-C ports as the other is for the 4-in-1 multiprotocol module) offers USB charging has 2 serial ports for all the DIYers and hackers out there no longer uses flat cables to connect switches! has separate Page Up and Page Down buttons and many other smaller changes

Overall build quality is surprisingly good. Especially if we take the low price into consideration. Around $130 is not that much for radio with so many functions. Switches have very nice detent, front plastic is super nice (although plastic for the buttons is not the best), rubber-like elements provide a firm grip in your hands. LCD is bright and crisp. 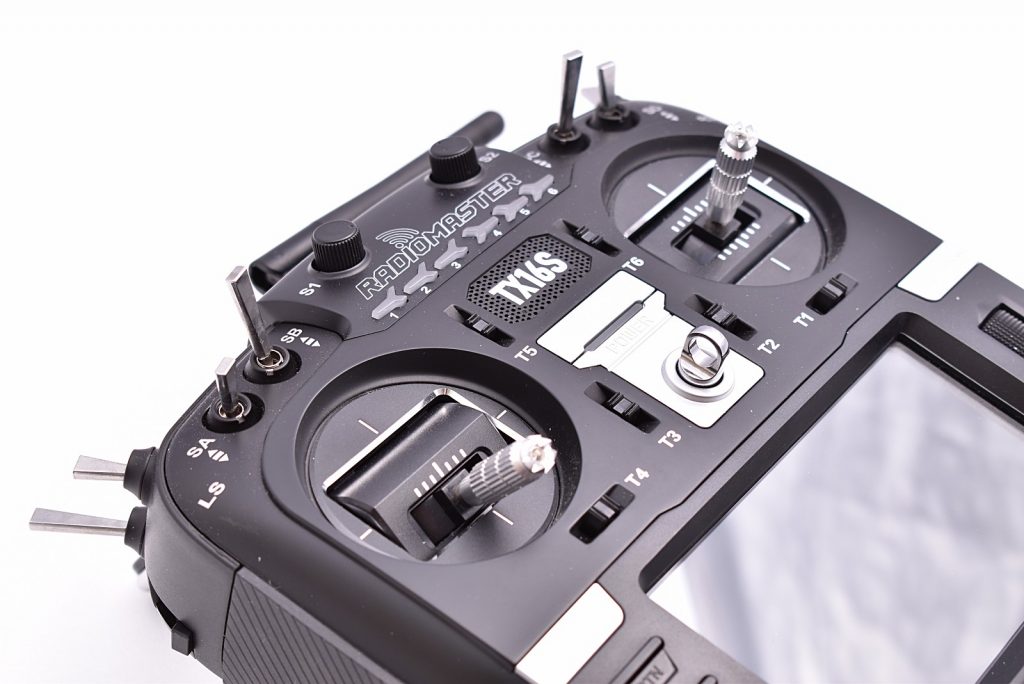 Gimbals... well, gimbals are a separate story. My impression is that those gimbals work much better than they feel in your fingers. Don't get me wrong, they are more than smooth and precise enough. However, they feel kind of, well, like were made from plastic even if sticks are aluminum, centering mechanism is from metal and only gimbal cage is from ABS. It's a dissonance between what you expected after first you touched the very good plastic of the case, and then touched the gimbals. Bottom: they work much better than they feel! 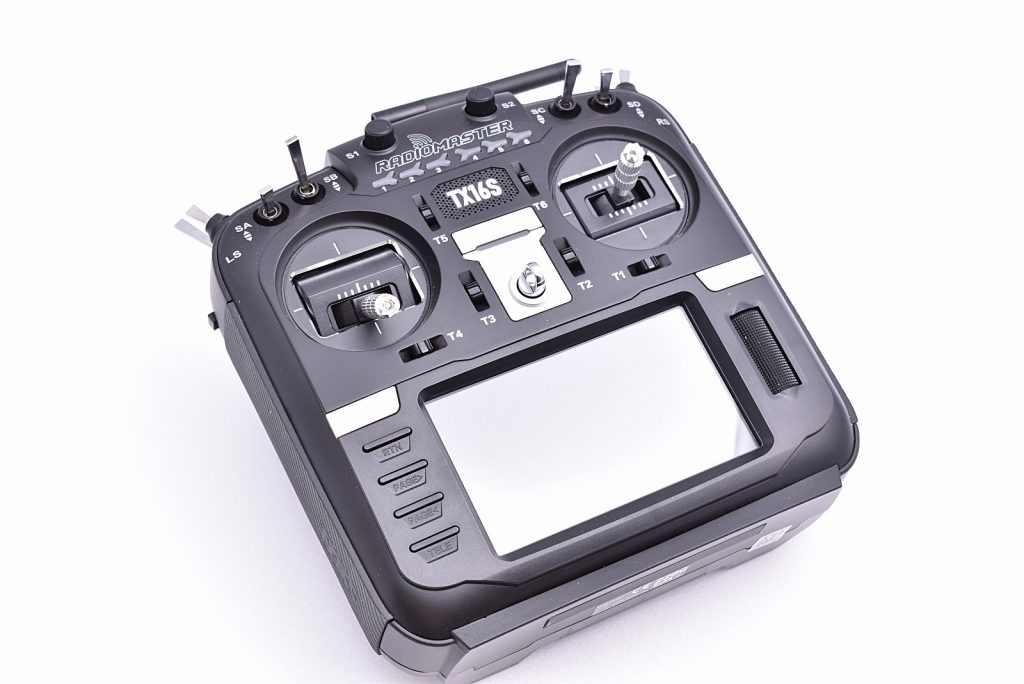 One of the greatest features of Radiomaster TX16S (and T16 Pro) is a built-in 2.4GHz Multiprotocol module. Trust me, this opens a lot of doors that previously were closed. Not only TX16S can be used with FrSky or FlySky receivers! This transmitter will also work with most of the toys like Hubsan, Syma, you name it. The main bummer is the fact, that it does not support FrSky ACCESS receivers. Only D16 (FCC and LBT) as well as D8 are supported. 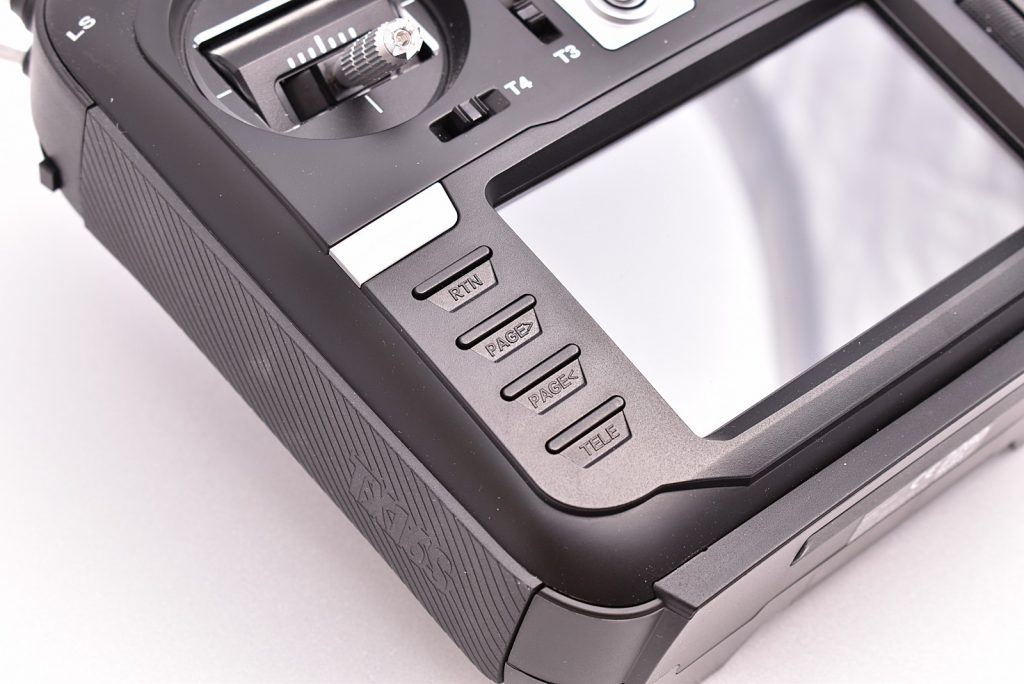 My overall verdict? Radiomaster TX16S has the potential of being a great radio. Great functions, good quality (improve buttons and feeling on the gimbals and you are golden!), and a very reasonable price tag. I can't wait for OpenTX 2.4 to test the touch screen! I'm not convinced it's a good idea, but I might be wrong. Not that it happens very often, but it happens...