With this short article I would like to initiate new series: Fixed Wing 101 where I will describe some basic concepts connected with fixed wing airplanes that should help beginners to enter the hobby. Today: why airplanes fly and why, from time to time, they fall down from the sky...

Airplanes fly thanks to the lift. It is a force generated by wings (by the way, propeller thrust and wing lift are the same force. After all, propeller is a rotating wing) thanks to pressure difference. When air pressure below the wing is higher than above it, lift appears. To archive level flight, lift has to be big enough to counteract mass and gravity.

The most important condition for a wing to generate lift is: wing has to move though the air (or air has to move around the wing). If there is no movement, there is no lift.

When there is air movement, there are two factors responsible for lift:

when gas or liquid is moving faster, it has lower pressure.

Simple. To obtain lower pressure above the wing, we have to make air move faster over there. This is why wing has a shape (airfoil) it has: top side (above chord) of a wing is longer than the lower side. Wing splits air into 2 stream. Upper one has longer way to travel than lower one, so it has to move faster. If it moves faster, it has lower pressure. If it has lower pressure, lift appears.

In theory, the thicker the wing is, the more lift it can generate. It is true, but works nicely only for low speed. Thick wing generates more drag than thin one, but also generates more drag, so we need more power to make it move. In practice, it's all about finding a sweet spot between drag and lift.

Another way to generate lift is to compress air below wing. Compressed air has a higher pressure and voila we have lift. How to do it? Simple again: make wing move not parallel to the air, but under an angle. 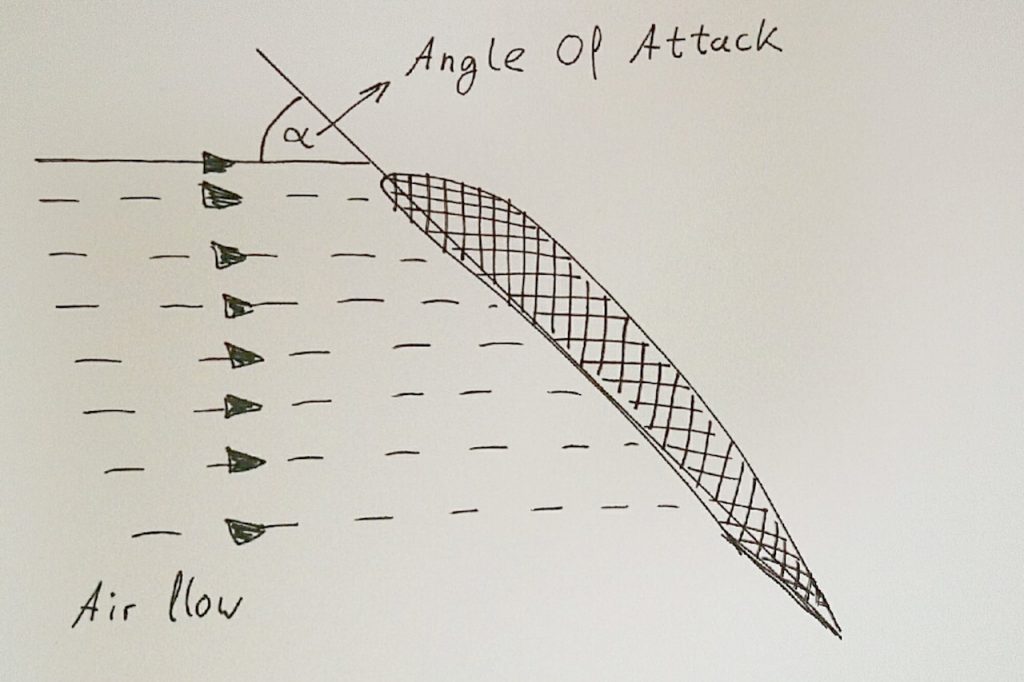 This angle is called angle of attack. The bigger the angle, more air wing compresses and generates more lift. But just like with wing thickness, there is a price to pay. First of all, more AOA equals more drag. So more power is required to make airplane move. Second of all, since AOA depends on both wing inclination and speed, high angle of attack (due to high inclination or low speed) leads to something called stall. And stall is something we do not like very very much...

During normal conditions, upper and lower stream of air around the wings moves close to wing surface in an ordered way. It is called laminar flow and it has low drag. When we increase angle of attack, things starts to change. At the beginning, change is not visible: thanks to viscosis, upper stream stays glued to the wing surface even when surrounding higher pressure want to separate it. Everything works like expected: there is air movement, there is pressure difference, there is lift.

At one point, when AOA reaches critical value, bad things happen. Viscosis is no longer enough to keep air stream close to the surface, stream separates from the surface and higher pressure air from the sides and the back of the wing takes it's place. It is called the stall 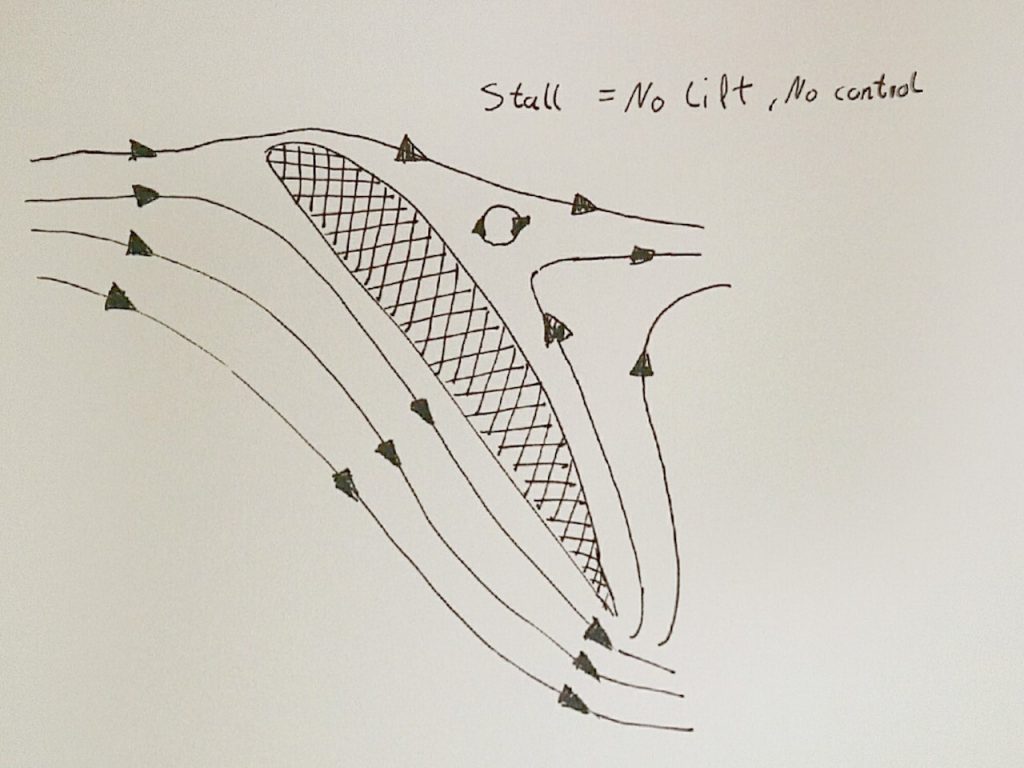 As you see, stall is bad. If it happens close to the ground, it usually leads to the crash.