I love AVR ATtinyx5 series microcontrollers. They are cheap, easy to use, they can be programmed just like Arduinos and comparing to their size they offer great features. For example, they can be used as a remote analog to digital converters connected to a master device using an I2C bus.

Background: A few years ago I've built a weather station based on Raspberry Pi. It collects various data and displays them on a dedicated web page and Android app. Every few months I try to add a new sensor to it. Last time it was a daylight sensor. Raspberry Pi does not offer ADC inputs and I had a few ATtiny85 on hand tat hand. One to another, a few hours later: a photoresistor based daylight meter sensor connected via the I2C bus. 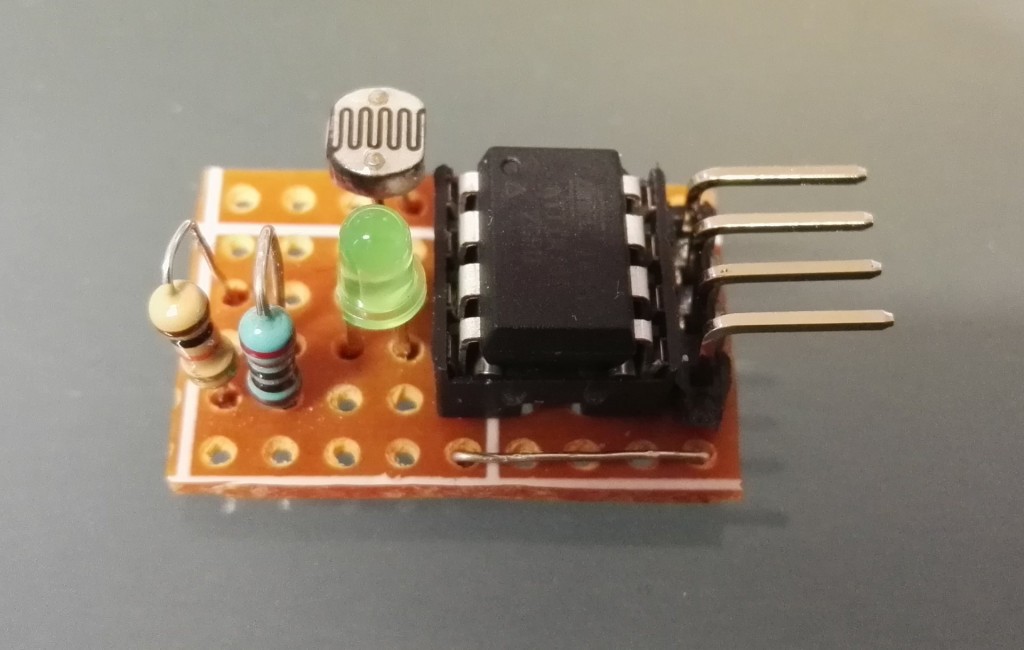 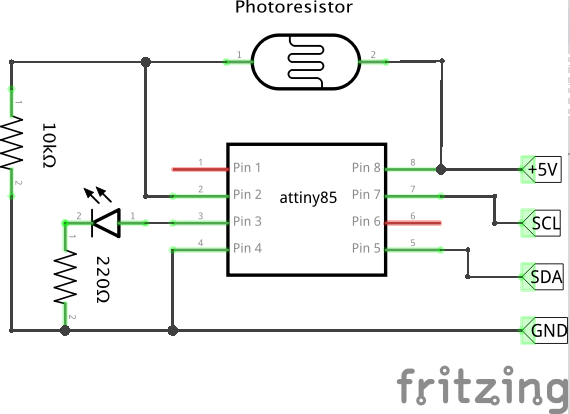 I2C support is provided by TinyWireS library that configures USI as an I2C slave.

Full source code is available on GitHub and my Weather Station with almost a year of light level history is available here.