Artificial Intelligence, aka Skynet, is very often overhyped by companies and underhyped by developers (there is no AI, it’s just another IF in the code). It does not change the fact, that AI is used in more and more places. Just look at Tesla autonomous pilot. And for years you can hear that very soon this or that job will be replaced by artificial intelligence. Is that true? No, I don’t think so. Still, who knows how the future looks like?

What would happen if you feed trillions of lines of code hosted publicly on GitHub to AI? Would you create an Artificial Software Developer? No, but maybe a useful tool would be created? A tool that suggests you not only single lines of code but whole functions and code snippets? Even based on comments? Why not! 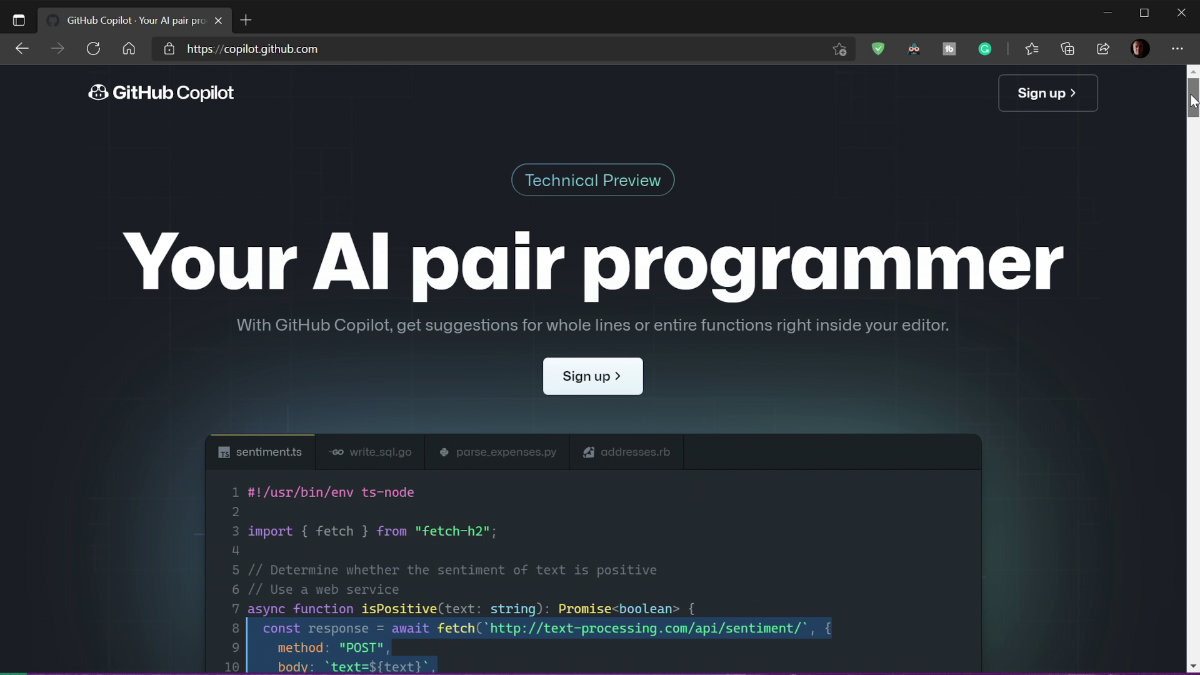 This is GitGub Copilot. Your AI buddy that looks over your shoulder when you code and suggest this and that. Call it automated pair programming buddy!

Is it a perfect tool for devs? Well, not really. First of all, it works only with Visual Studio Code. Second of all, nobody guarantees that the code put by Copilot actually works and makes sense. It’s just a suggestion and it’s still up to the developer to put those code fragments into a working program. And don’t even get me started on a question: is a code snippet generated by an AI fed with GPLv3 a derivative work or not? Can you use it in non-GPLv3 compatible software or not? 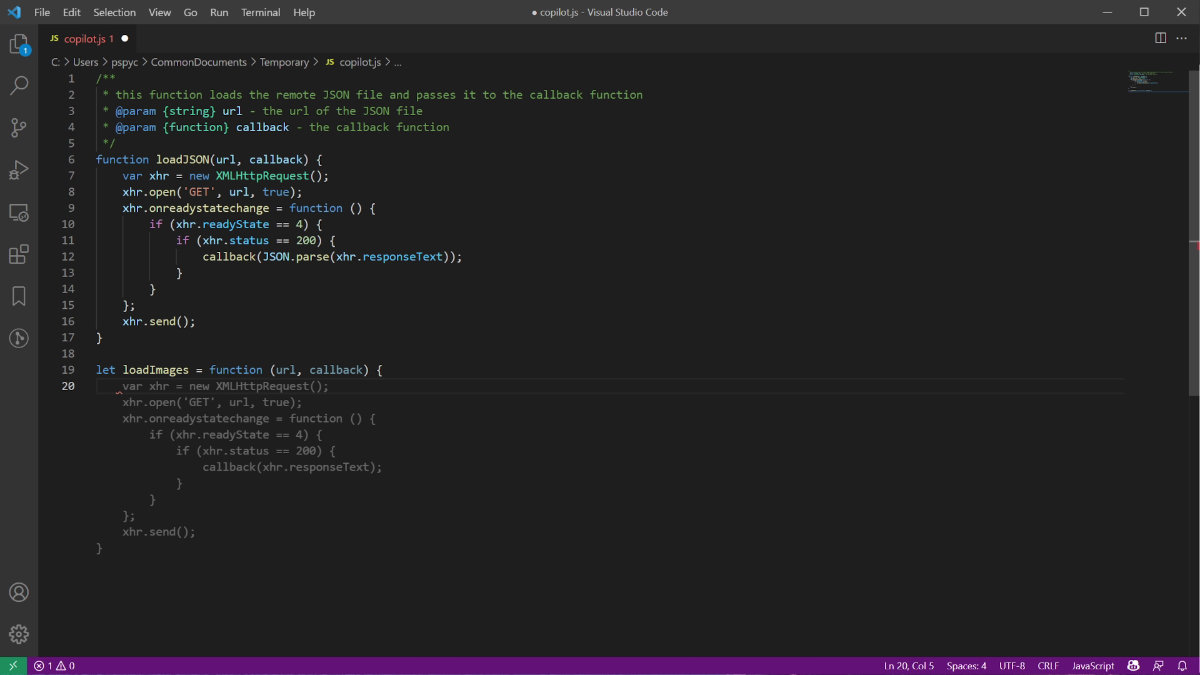 For the full review and presentation please watch the video below. It contains parts where I use GitHub Copilot to generate some JavaScript functions only from short comments! That’s pretty cool!