There are many cheap quadcopter frames on market. Big, small, X, H, foldable, good and bad. And choosing a correct frame for a purpose is both hard and critical for further drone performance. One of cheap, and on a first glance, versatile frames, is x525 V3. Is it worth the money? 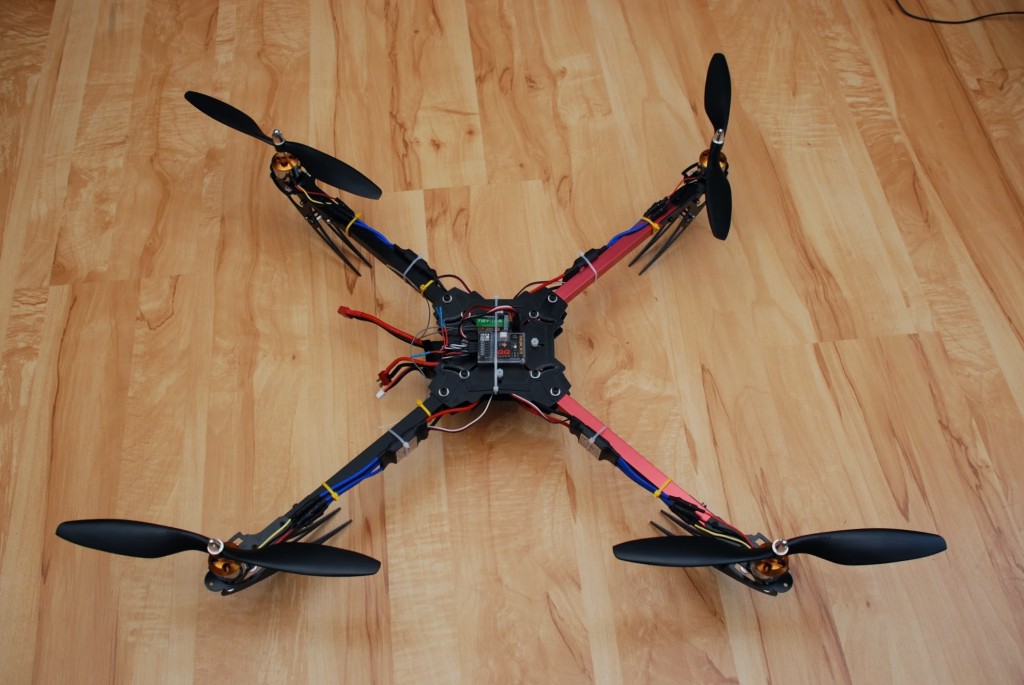 Well, it's a hard question. Before I will go to any conclussions, short description of x525 frame.

Landing gear is quite clever and should absorb most of impact force in case of hard landing. In theory it is correct, but my experience says that it does not matter. It maybe works in case of normal, controlled landing. But in case of really hard landing, read as crash, it does not matter at all. It is a useless feature that only breaks, adds extra weight and really does very little. After breaking 3 sets of front landing skids, I just replaced them with some steel wire. Does the same, and weights less. Like I said, useless feature. 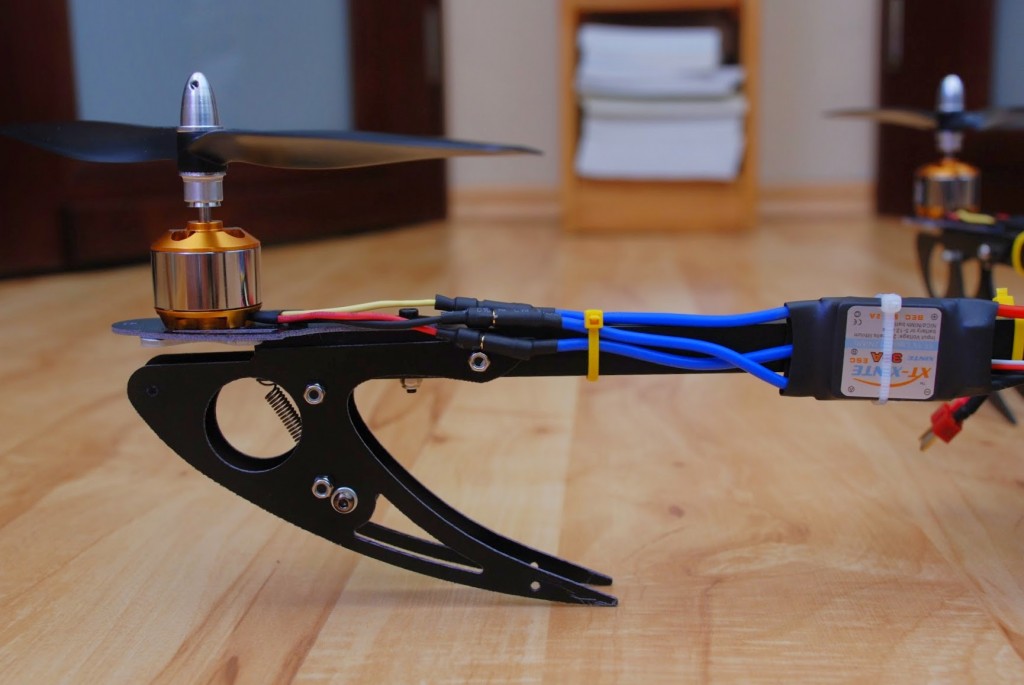 But landing gear is not that bad comparing to motor mounts. They are, for sure, the worse part of this frame. They are breaking in case of almost any hard landing. Not even a real crash. Just slightly harder touchdown. Few of them broke even without any reason other than regular usage. And they are super sensitive to any motor or propeller imbalance. If landing gear was useless, they are dangerous. You have to carry a set of spares with you and be prepared to replace them very often. I finally solved this particular problem by buying a set aluminium motor mounts from CNC Small Parts. By the way, they are excellent mounts. Light, tough, does not break, when wry can be straightened with a hammer. Too bad they cost almost half of the frame. But works just great.

Central plate is fine. As long as you are not planning to put any camera or extra equipment into your quadcopter. It is big enough for FC (OpenPilot CC3D in my case), Rx and maybe a BEC, but putting there anything else is a challenge. There is not even enough space to mount a small camera without adding any extra DIY platform. Too small. Period. 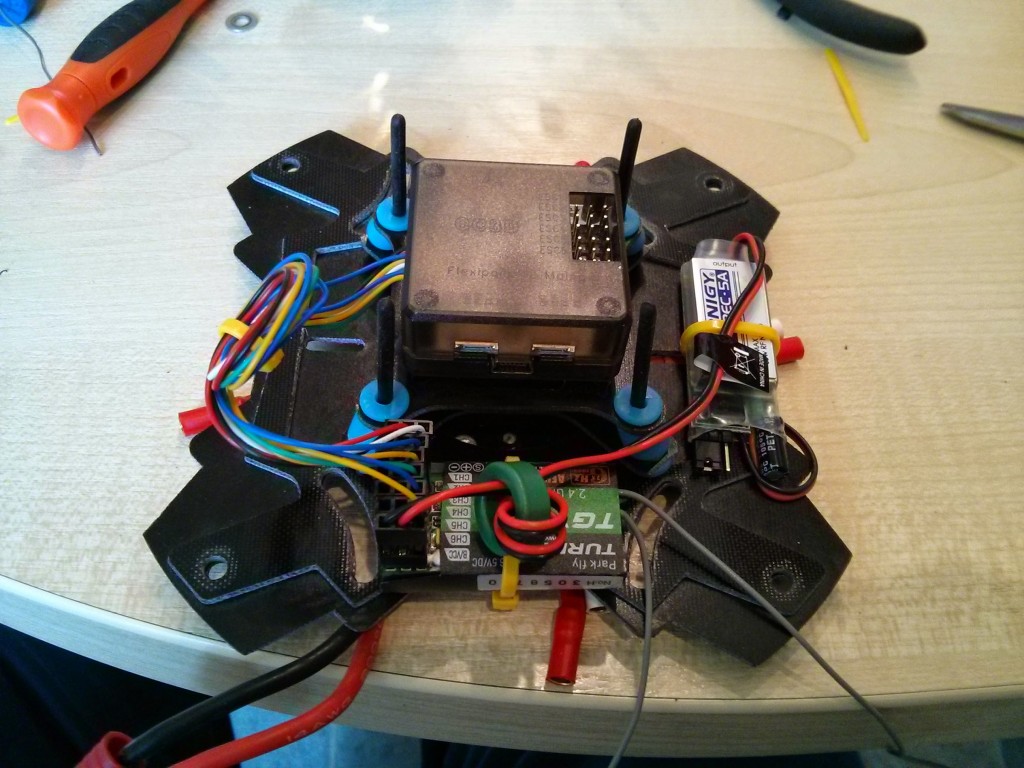 So, is there anyhing good about this frame? Well, I've found a few things that I like: 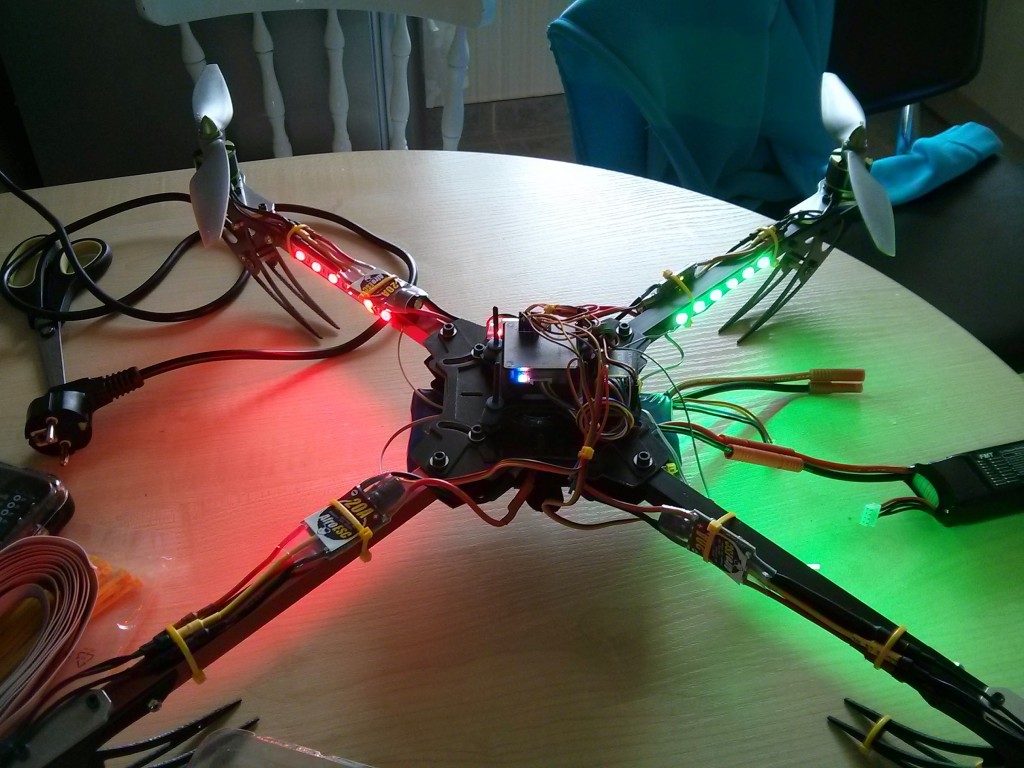 So, what is my final conclusion? Is it a good quadcopter frame? Unfortunately, it is not. There are way better frames you can buy. Ok, it does the thing, you can build a drone based on it, but still, it is not good. Not good at all. I will replace mine quite soon. New frame is on its way!