FS1000A and XY-MK-5V 433MHz RF modules are very often first choice for cheap and dirty Do It Yourself wireless communication. Pair of those , allowing one way radio communication, const less than 3 dollars or euros. So they are really cheap. Limited range and transmission speed limits their real life usage, but simple assembly and extremely easy programming are additional advantage over more complex solutions. Specially in Arduino world, with VirtualWire library. I will not write about it right now, there is enough on the internet already. 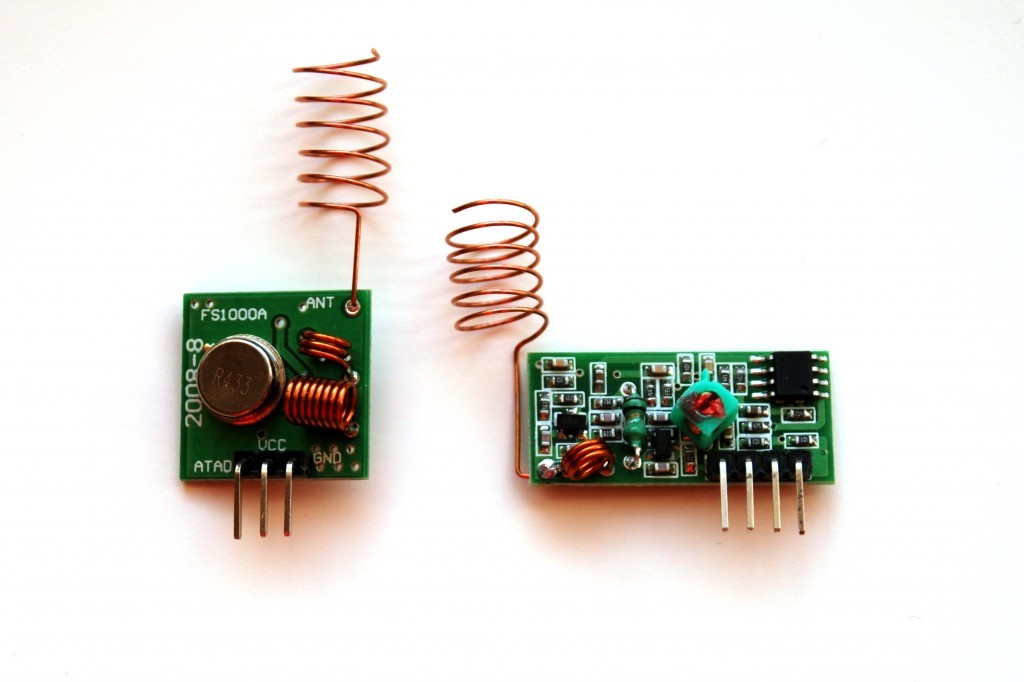 Unfortunately, problems starts when you want to do cross platform communication based on those modules and VirtualWire library. For example with Arduino and Raspberry Pi. I have found exactly one working implementation of VirtualWire library that is written in Python and works well with Raspberry Pi. And it was hidden. So, with some effort I allowed myself to wrap this code into small python library and this is how piVirtualWire was created.

It depends on pigpio library and requires it installed on Raspberry Pi: