One of the things that INAV was missing, was a decent support for Pitot tubes, or more generally speaking, airspeed sensors. Autonomous flight, or landing, without knowledge about airspeed can easily lead to a stall. Stall can lead to crash. A crash leads to rebuild. Rebuild of big airplane is a nightmare. Although, for some time now INAV was able to use digital PX4 Airspeed Sensors (I2C, based on MS4525), but they are quite expensive and airspeed was only reported in blackbox logs. Not very useful, right?

Now, this is changing. Next release of INAV (1.8 probably) will bring at least support for much cheaper, analog, APM Airspeed Sensor based on MPXV7002 chip. Although some simple additional electronics (2 resistors to be precise) will be required, but this pitot tube should be available for all flight controllers with free ADC input (Current or RSSI). Fancy ADC remapping will allow to use any ADC without built in dividers (Vbat has dividers so can not be used) as pitot input. 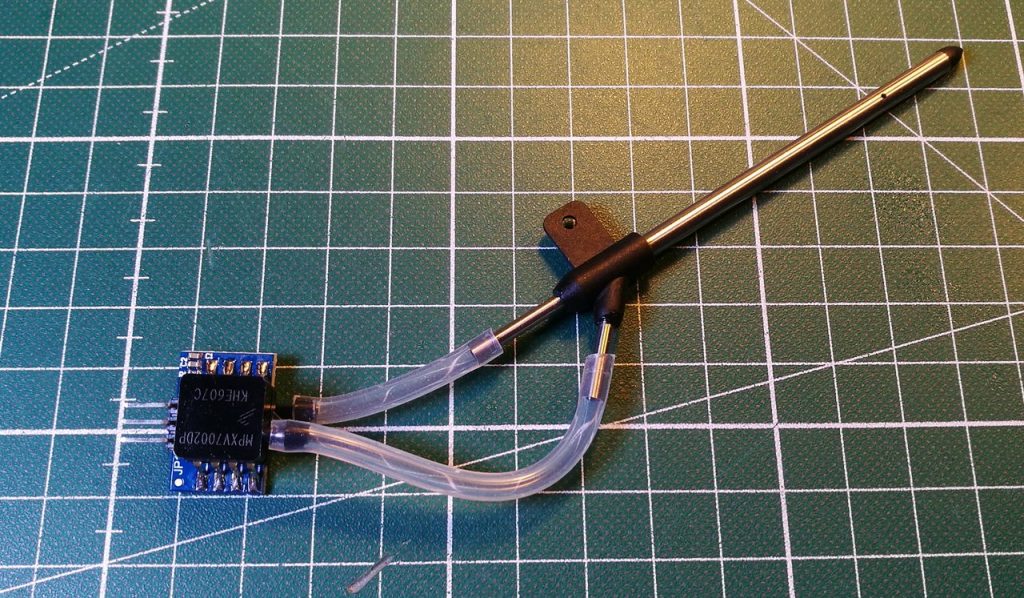 More than that, INAV 1.8 will (or at least should) bring PID scaling according to airspeed for fixed wings. This should result in better handling on both low and high speed. 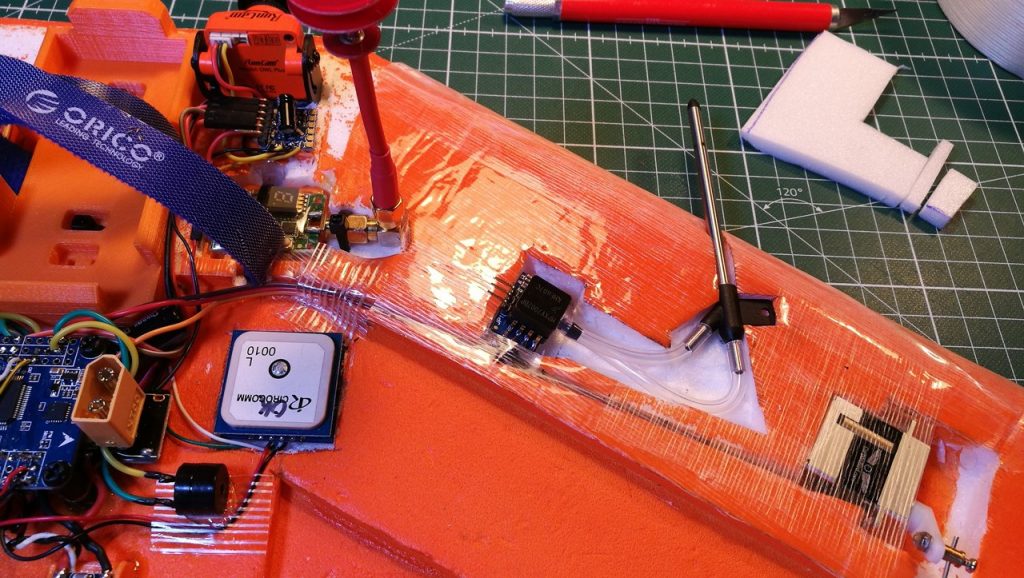 As you can see on the picture above, APM Airspeed Sensor is already installed on my small flying wing and is waiting for first flight tests this weekend. Logging only for now...