ImmersionRC made a surprise and showed a new RC radio link called Ghost. And trust me, this thing, if it will get adopted, will revolutionize the FPV we know today. Why? Because it's a combination of two worlds: 2.4GHz band and LoRa technology known from TBS Crossfire and FrSky R9 systems. All the details of Ghost are not public yet, but based on the manual, specification, and other external sources, I've been able to compile a list of essential things about IRC Ghost. 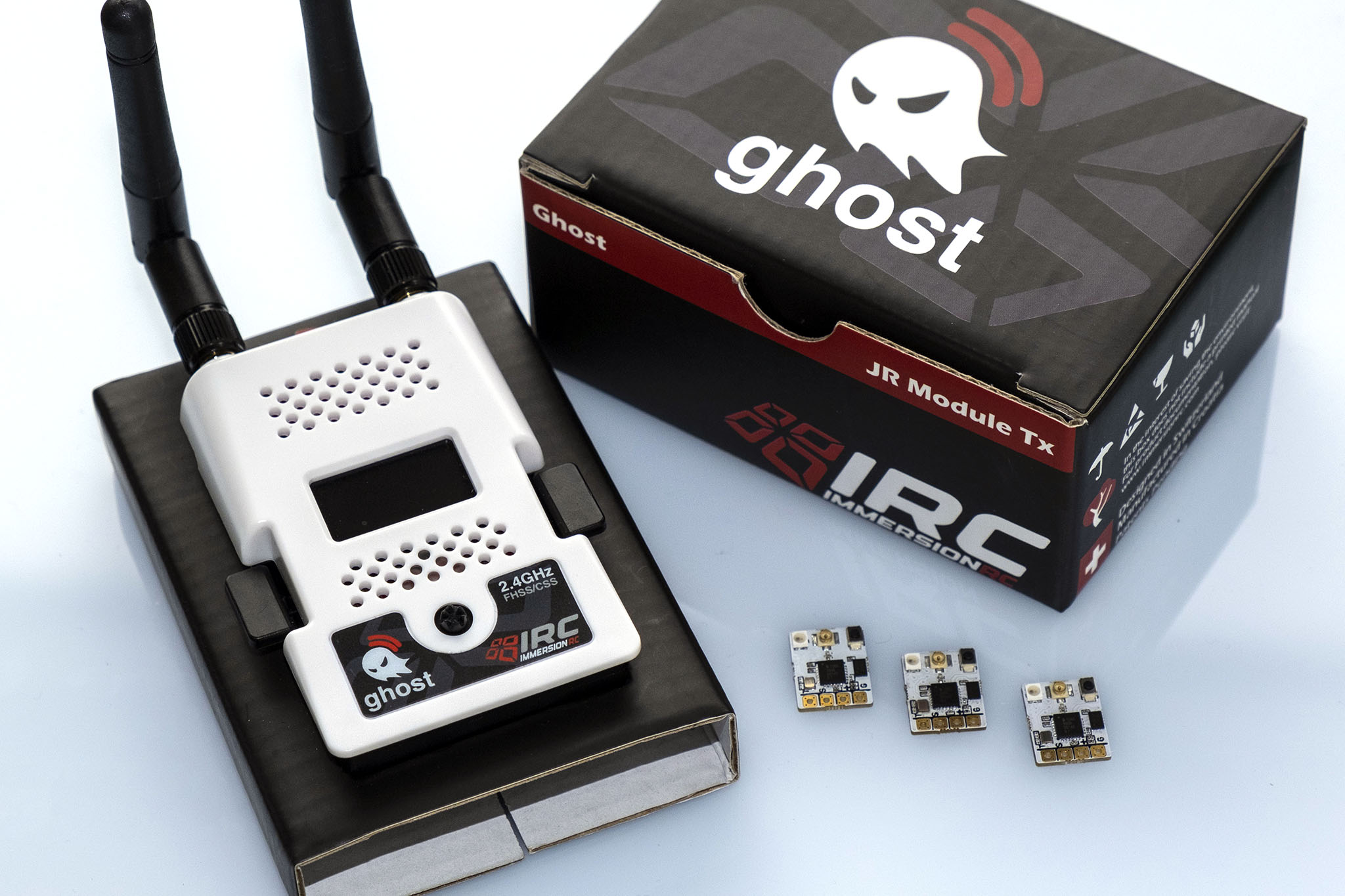 It is a LoRa system

ImmersionRC Ghost works in 2.4GHz band, but it's into the same technology as existing 2.4GHz radios from FrSky, Spectrum or FlySky. Instead of "traditional" FSK only RF chipsets like Texas Instruments CC2500, it uses Semtech SX1280/SX1281 (I have no solid proof which one exactly but I suspect it's a SX1281) that support both FSK modulation and LoRa. Yes, the same LoRa technology that stands behind TBS Crossfire and FrSky R9.

I will not go in details what LoRa is, but it's super clever Chirp Spread Spectrum modulation that has high sensitivity and can pick up signals that are below Noise Floor. So yes, it can do Long Range for dozens of miles, and you will sooner lose FPV feed than 2.4GHz LoRa signal!

Believe it or not, but 2.4GHz is a better option for RC hobby than 868/915MHz. Not only it is the same free band worldwide but also needs much shorter antennas. Say whatever you want, but 900MHz antenna on a modern quadcopter looks ridiculous. Too long to install vertically, too long to put on 3" quads and when you put it horizontally, you lose all the benefits of the long-range capabilities of 900MHz band.

The argument of the lower penetration of 2.4GHz than 900MHz is fundamentally flawed. Our FPV feeds are 5.8GHz which has even smaller penetration, and your video will break off before 2.4GHz LoRa link.

ImmersionRC Ghost is advertised as a super-fast link that can to 222.22Hz updates. And yes, it most probably can, but only when several conditions are met:

It has small receivers 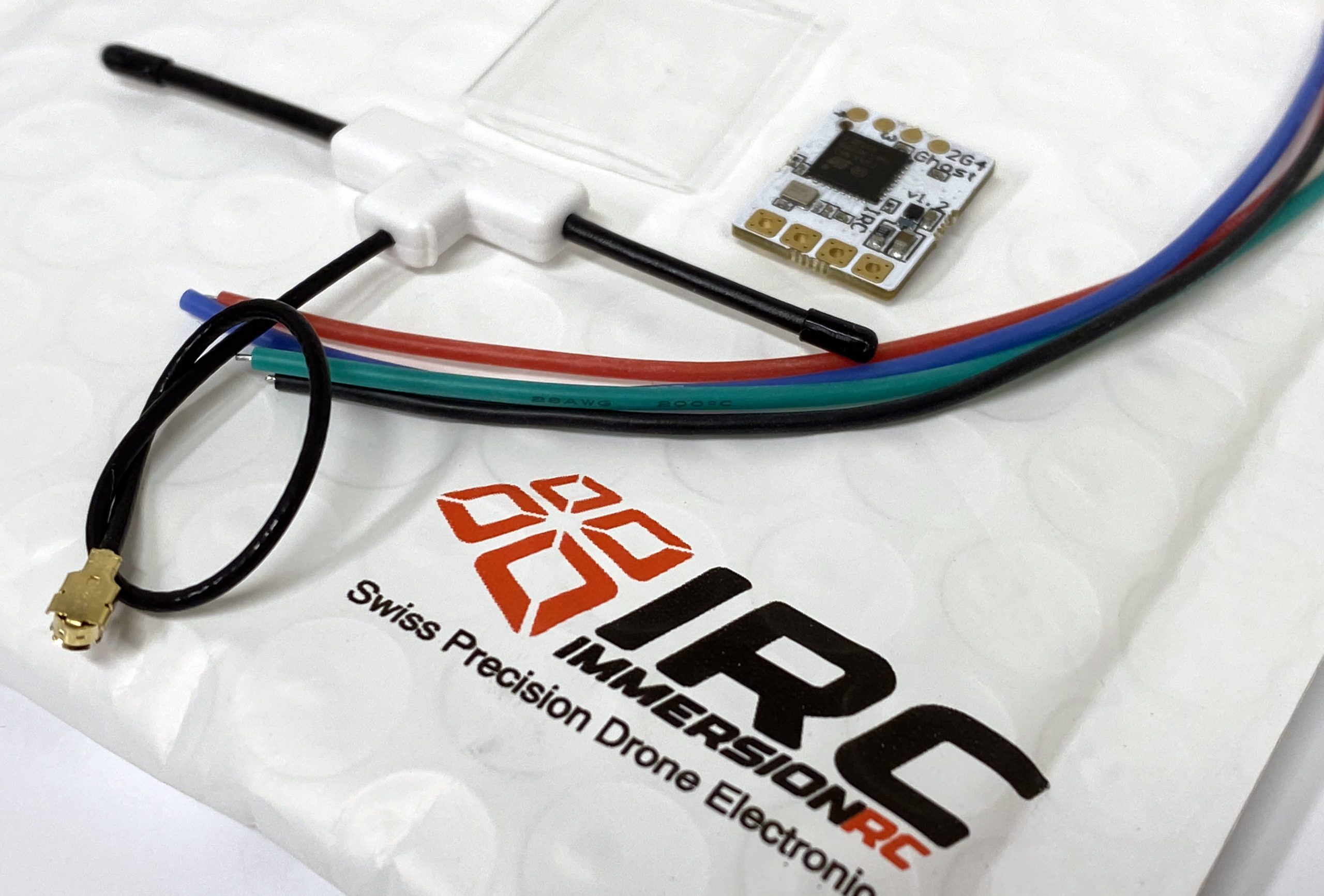 The Atto receivers for IRC Ghost are indeed small, but they are not much smaller than TBS Crossfire Nano or FrSky R9MM. The real difference in the receiver is the size of the antenna. They are 2.6 times shorter than the 900MHz antennas after all!

Plus, the receivers can output multiple RX protocols. Not sure if that's the plus, but whatever: 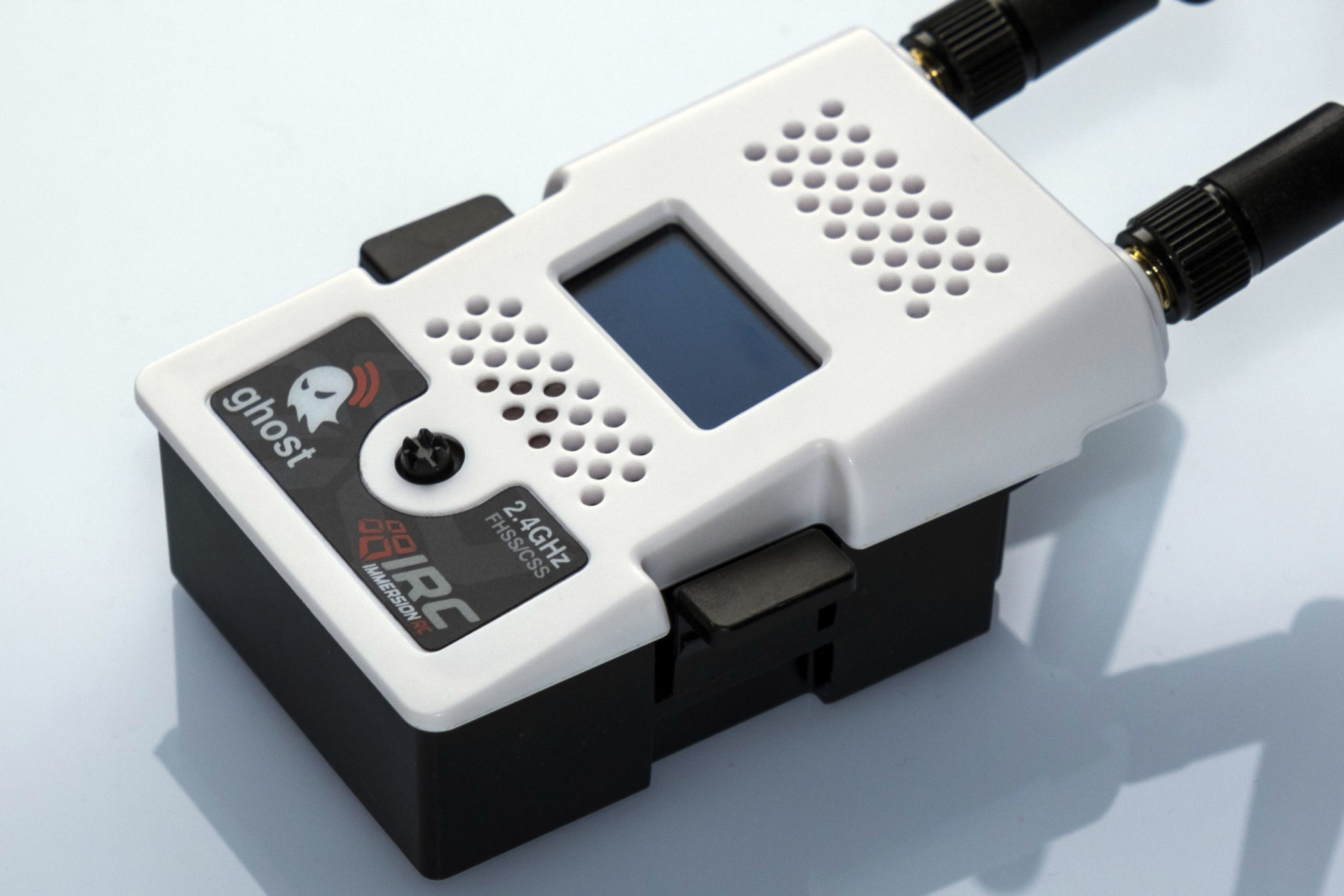 The JR compatible ImmersionRC Ghost transmitter module is the piece of hardware that holds most of the secrets. We know that it is Semtech SX1280/SX1281 based and has two antennas, but not much more.

First of all, we do not know for sure how 2 antenna are connected:

We do know that Ghost has a buit in power amplifier (PA) with at least 13dBm amplification. At least, since it's possible that PA is locked at 350mW in the firmware and the hardware can do higher output power.

Since really, when was the last time you took your drone of airplane further than 5km? We like to have plenty of Watts in our transmitters, but barely ever use it. The combination of LoRa technology and 350mW output (100mW in EU) is a few times more than the majority of pilots will ever use. Even once!

The 2.4GHz LoRa technology is something relatively new since the first RF chipsets that can do it appeared on the market only about 2018. There is proof that ImmersionRF has put together a prototype at the beginning of 2018 (See JB's video on the topic). However, IRC Ghost is not the first 2.4GHz LoRa that you can buy. FlySky (yes, the FlySky) has the FRM302 that you can actually buy and use. It has some problems of a young age, but it works already!