Yesterday I've received new flight controller for my Reptile X4R 220 quadcopter: Flip32 F4 from ReadyToFlyQuads. This is my first contact with STM32F4 based flight controller and I'm really looking forward to see if it really puts a difference comparing to F3 boards like SPRacingF3 I've been using last few months. 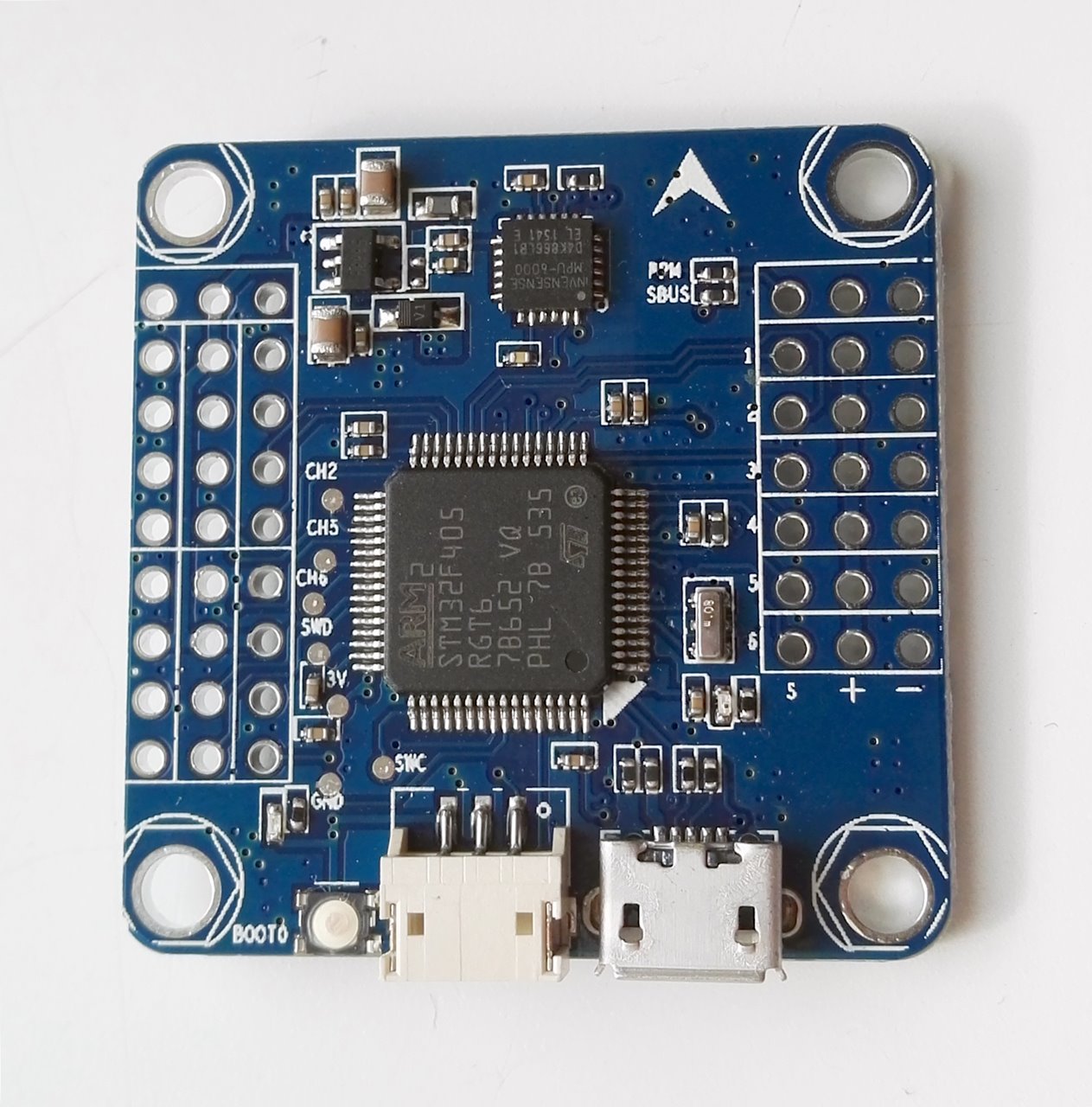 Flip32 F4 (and Airbot F4 which is exactly the same board) is supported by Betaflight, RaceFlight (that due to some GPL violations I'm boycotting) and INAV (at the moment of writing this post INAV support is not complete) and REVO target. Well, basically, this board was designed based on OpenPilot Revolution stripped from radio modem, barometer and those JST connectors (pin headers rules!). There are some differences between Revolution and Flip32 F4 in terms of hardware (voltage regulator for example) or separate LED header (which does not work).

There are two "problems" I've discovered so far:

Although I've been able to install it on Reptile X4R 220 already, I have no idea how it flies yet. Weather outside is very rainy...