I will be very frank with you: I do not like those tiny whoops. You know, 2" and smaller propellers, plastic frame, a camera on top. You know, those almost cheapest FPV drones you can get. I'm saying that builds like BetaFPV 65X or Emax Tinyhawk are bad. I just do not like to fly them. Somehow flying indoor is not my thing and I do not have enough space in my home to do it. And taking those tiny things outside makes little sense. So, bottom line: not my thing. 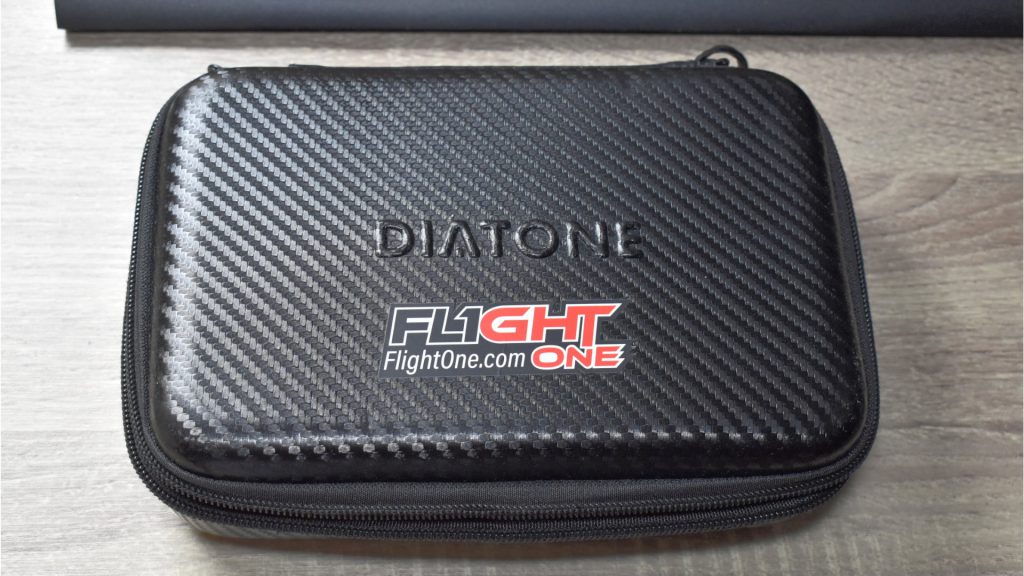 When I was contacted to make a review of Diatone Tiny Whoop162 my first reaction was: meh... To be honest, I would turn the offer down and choose something more suited for my flying style, but then there was one thing that made me change my mind. The unit I was offered what flashed with FlightOne FalcoX and I wanted to give it a try for some time now. A few weeks later Tiny Whoop162 landed on my desk and this is my original impression of it. Bear in mind, I will ignore the FalcoX for now and concentrate only on the hardware itself. 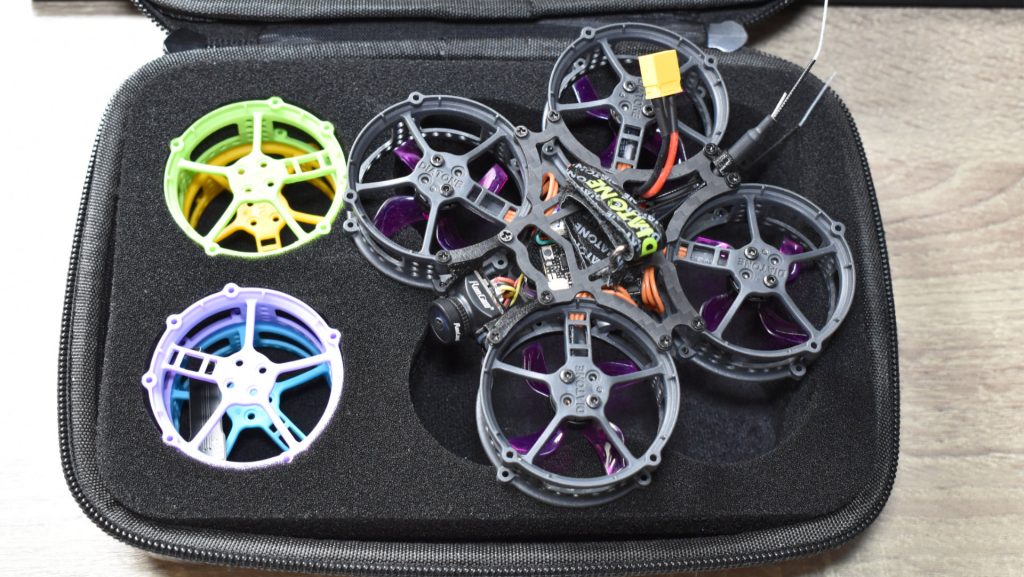 Tina Whoop came in a fancy pouch which in theory has everything you need for it. In theory, because in practice it does not work like that at all. First of all, the pouch has no place to store LiPos besides the pocket in the cover. But what was more important, there were no screws to install the 1.6" props! I mean, there were some screws but to install 4 props you need 8 pieces of M2x7mm and such a combination was not in the set. Luckily, I had some spares and was able to overcome this inconvenience. If now, well, I would be pissed off! 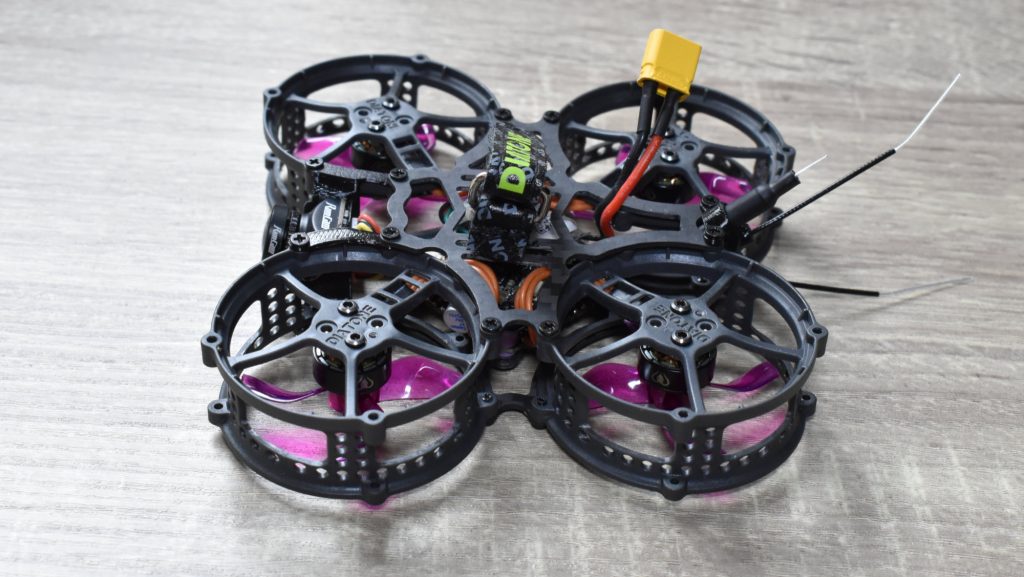 When talking about Tina Whoop162, there are several quite important aspects of this design: 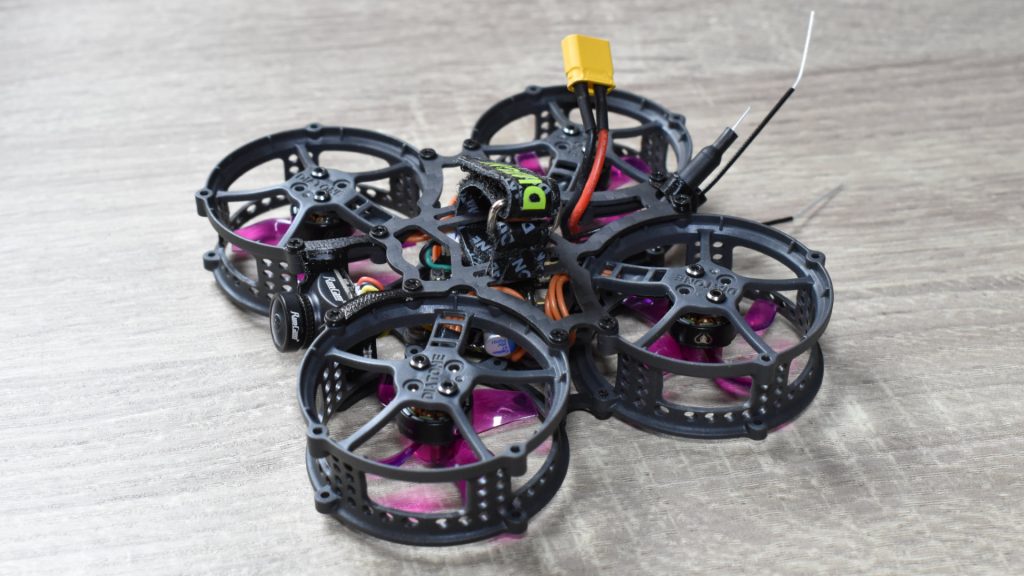 Another thing that has to be mentioned is that Tina Whoop162 is designed to operate on 2S LiPos only. 12000KV 1103 motors will not survive higher voltage.

Finally, let's answer a question: does it fly. I have to answer: yes it flies and flies pretty well. Unfortunately not straight from the box as default rates were way too low. Luckily, raising rates to around 400 solved most of the problems. Here we have to talk a little about FalcoX. The flight controller on Tina Whoop162 was not configured at all. Luckily, with FalcoX you do not need a PC connection or a configurator. Everything can be done with an OSD and I was very positively surprised how well it works: bind, move sticks, flip switches and you are ready to fly. 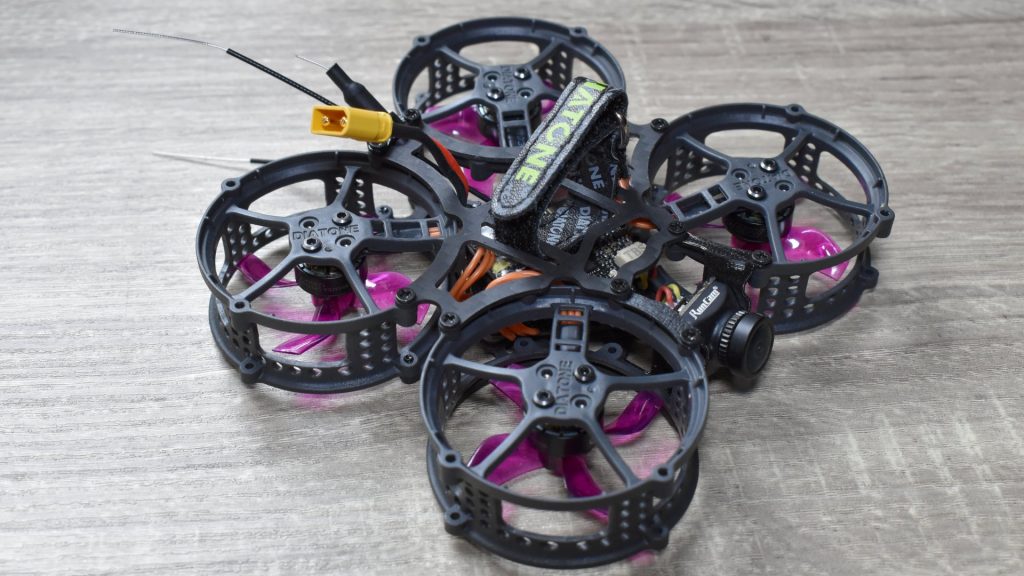 Of course, we have to remember that whoops are whoops and are designed for indoor flight. Outside, relatively low speed and low wind resistance might become a problem. Luckily, on a relatively calm day, Tina Whoop162 was handling weather conditions without any problems. 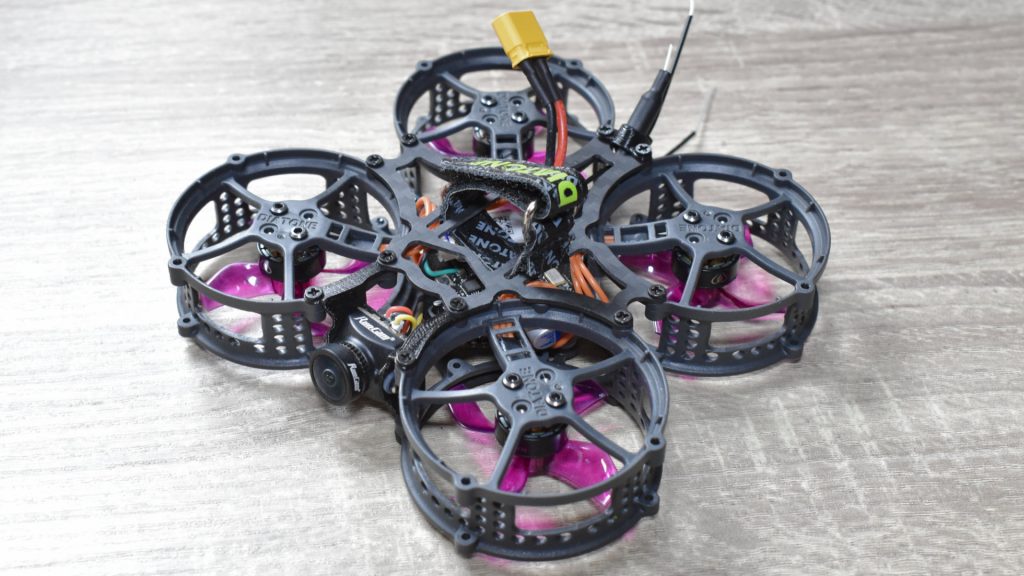 Oh, one more thing, and it is flight time. After the first few flights I was kind of disappointed with the flight times I was having. After checking with DVR how much time I was really flying, it turned out it's not that bad after all. 3:30 for 2S 500mAh LiPo is not that bad and to be honest, it beats most 1S FPV tiny whoops I was using before. Three and a half minutes is not that bad and since 2S LiPos are cheap you can have a few of them and easily charge them wherever you fly.

The last remark: Tina Whoop162 I goy was flashed with FlightOne FalcoX. Currently, this version is not available on Banggood and only Betaflight version with slightly different hardware is available! I do not expect BF version to be worse since most components stay the same.