Becoming a YouTuber was one of the most surprising things that happened to me. One day, while laying in my bed, I thought that if some other guys can do it, why can’t I? I know things, I’m not afraid to talk, so maybe it’s something I can do as well. And just like that, started to record my first videos for YouTube. When I look at them from the perspective of the time, oh boy, I sucked so much at it! Audio, video, my behavior, the way I speak, it all sucked!

Five years later I still suck, but that’s fine. I suck slightly less and apparently that’s just enough. Over the years of experiments, I gathered video and audio equipment that satisfies my requirements. It’s maybe not perfect, but it was reasonably cheap. 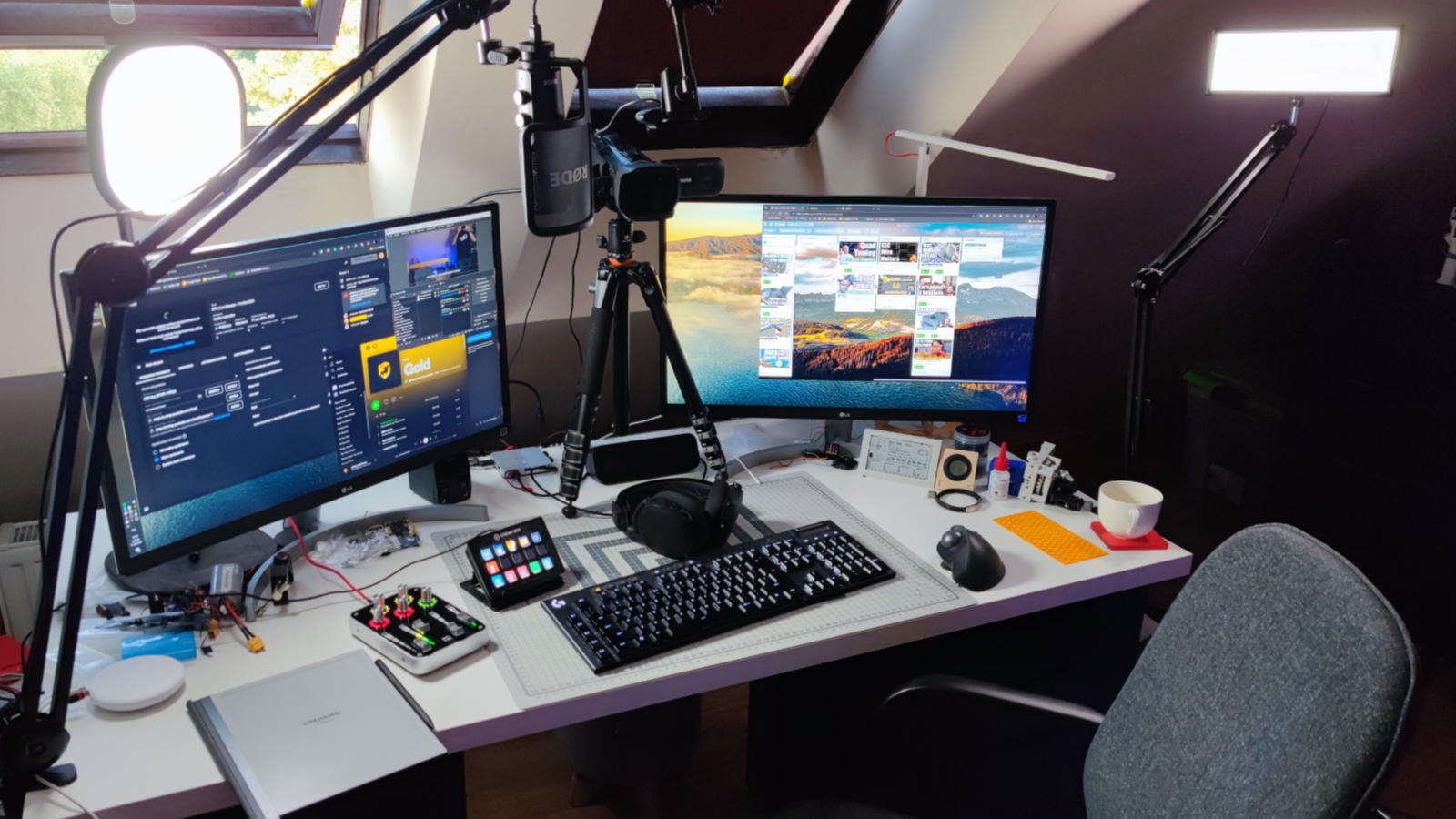 Let’s begin with the main camera. After experimenting with compacts like Canon PowerShot G7X Mark II and DSLRs like Nikon D5600 I finally settled with a camcorder. After almost a year I’m convinced it was a good decision. My camera of choice is Canon Legria (in the USA known as Vixia) HF G50. The most important features are great autofocus, 4K, great video quality and works great out of the box. On top of that, it’s reasonably priced as well.

The rest are small “details”: